Trent Barton, stylised as trentbarton, is a bus operator based in Heanor, Derbyshire. A combination of the Trent Motor Traction Company and Barton Buses Limited,[1] it is the major operating division of the Wellglade Group.

In October 1913, Trent Motor Traction Company[2] was founded and commenced operating a bus service between Derby and Ashbourne. In November 1913, a second service commenced to Stapleford. By 1925 services were operating from Derby, Loughborough and Nottingham. As services expanded the business grew to seven depots.[3]

During the 1930s some 52 smaller operators were bought out. In August 1949 Trent Motor Traction Company began to operate some services in partnership with Derby Corporation. In 1958 following the opening of the A52 an express service commenced between Derby and Nottingham. In 1969 the company became part of the National Bus Company.[3]

As part of the privatisation of the bus industry Trent was sold in a management buyout. In 1989 the business of neighbouring Barton Transport was purchased and placed into a separate legal entity[4] even though both subsidiaries combined their operations on a day-to-day basis. The separate Trent and Barton brands were brought together as 'Trent Barton' in 2005.[3]

Trentbarton operate services from Loughborough, Ashbourne, Burton upon Trent, Chesterfield, Derby, Ilkeston, Mansfield, and Nottingham with most operating under a brand name with branded vehicles although some still use conventional route numbers, Some services within the network operate through to around 03:00 on Saturday and Sunday mornings.[citation needed] 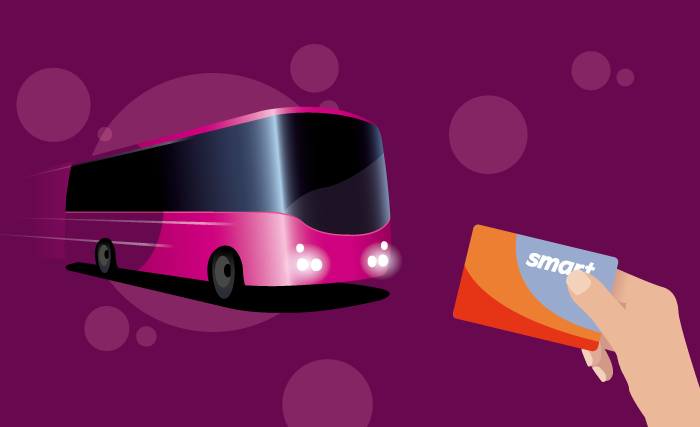 'indigo' became the first route to operate a '24 hours a day, 7 days a week' from 24th July 2011[7] until March 2012 it also operated between East Midlands Airport and Loughborough when that section of the route was replaced by a revised 'skylink Nottingham' service which runs between Nottingham and East Midlands Airport but via a quicker route.[citation needed]

Buses operate from Nottingham to the suburbs of Calverton, Cotgrave and Keyworth while the 'mainline' and 'rushcliffe villager' run along the A52 to Bingham and Radcliffe-on-Trent. 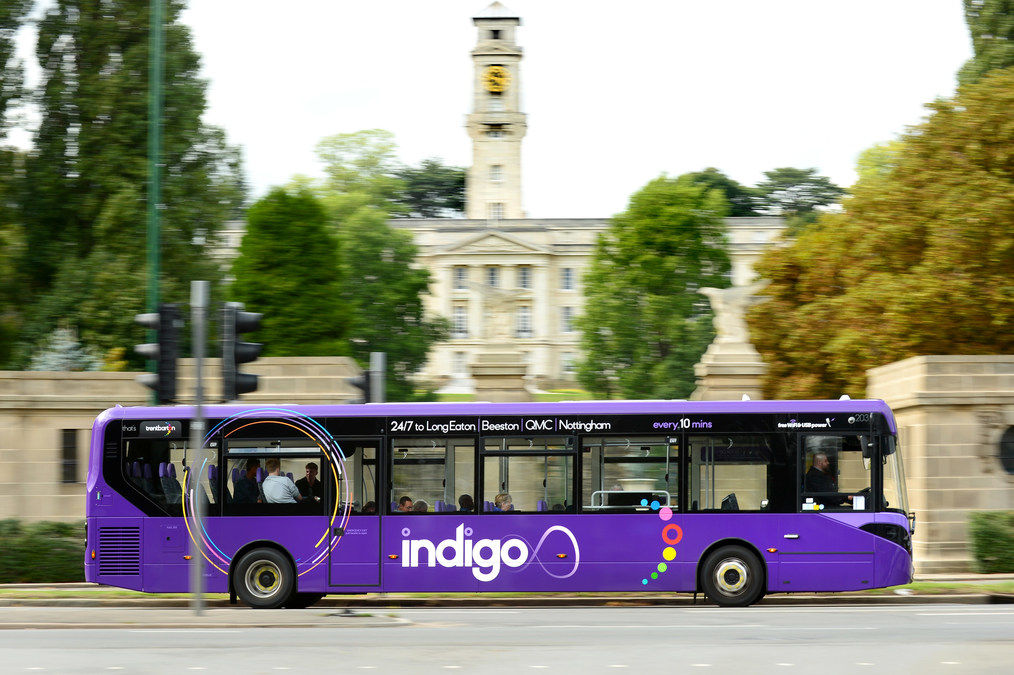 In Derby, Trent Barton run some urban services, such as the non-stop 'spondon flyer' service, and 'the mickleover' and 'the allestree'. There are also a number of longer distance services for example 'swift' to Uttoxeter and 'the sixes' to Belper and Matlock with their unusual numbering system: 6.0, 6.1, 6.2, 6.3, 6.4 and 6X. 'the villager' services run south to Burton on Trent with the numbering system V1 and V3 plus a number of services run north towards Ilkeston and Heanor such as the 'black cat' and 'H1'.

Trent Barton also operates a number of express services around the East Midlands. These include:

In the 1990s and 2000s Trent Barton operated large number of 'rainbow routes', with frequent services running from Nottingham and Derby under route numbers such as 'R11, R12 and R13' from Nottingham to Eastwood and into Derbyshire, now known as 'rainbow one' or 'Rainbow Allestree' running from Derby to the village just outside town, now known as 'the allestree'. Most of the Rainbow routes were rebranded in the early 2000s leaving just 'Rainbow 1 to 5', running from 7 to 12 minutes from Nottingham to various suburban towns. These were then rebranded leaving just 'Rainbow One' as the remaining Rainbow brand.

Routes that operate with conventional numbers are generally operated by a pool of 'spare' vehicles that advertise the 'Mango' smartcard or the Zigzag day ticket, these vehicles also substitute for a branded vehicle if it is unavailable. Tu46.

Trent Barton My Paper Buses Near Me

The joint company operates all services previously run by Bowers Coaches and the Buxton division of Trent Barton, including the Skyline 199 service from Buxton to Stockport and Manchester Airport, and Transpeak from Derby, Belper, Matlock, Bakewell, and Buxton. The service no longer serves Nottingham, this portion of the route being removed in late 2012. The Buxton to Manchester section was later withdrawn from 23 July 2018.

The 'Mango' system was initially tested on the company's Rainbow 4 (now i4) and Indigo routes. After this proved successful, Trent Barton proceeded to extend the scheme to all of its services.[13][14]

Trent Barton operates from depots in Derby, Langley Mill, Belper, Nottingham and Sutton in Ashfield with the Kinchbus depot in Loughborough as an outstation for some Skylink Nottingham buses.[15]

Langley Mill depot is also the headquarters for trentbarton and Wellglade Group.