While I'd like to review Stream, Beast and Beast+, unfortunately those series lack complete subtitled translations as of yet. However, there is one last Mega Man cartoon which did get translated, a movie rather. This 50 minute movie from the Mega Man NT Warrior universe puts a final cap on the Dr. Regal saga, and retells the events of Battle Network 5.. with quite a liberal use of creative license. For now, this will be my final Mega Man cartoon review.
A bit of background, Program of Light and Dark takes place sometime during the Stream series. Stream followed a story where cross-fusion became a bit more prevalent amongst the cast, and Lan and MegaMan ended up having to deal with a being from outer space named Duo, with the help of a new mysterious Navi named Colonel, whose mysterious operator hides his identity from Lan. Anyway, Bass decides he wants to take MegaMan's ultimate program (the junk from the end of the second season of NT Warrior) to make him self the ultimate navi. He attacks MegaMan a bit, then gets banished to the undernet by Duo's helper, Slur. Fast forward to the movie..

Plot Synopsis
We open up with some sort of cross-over between Rockman.Exe and some other anime series about card battling or some shit. Maybe this was part of a double feature or something. Anyway, once the movie begins proper, Bass is floating around the undernet when suddenly a giant monster thing appears. Then huge laser things start moving around the Earth and absorbing building and people and stuff, and forming strange glyphs in the landscape.
Lan and his friends are at an amusement park while this is going on, NetBattling to the Stream opening theme of 'Be Somewhere,' and he suddenly gets a call from his dad to go put a stop to it by blowing up some huge server or something at a building called TRINITY. As MegaMan arrives in the server to destroy it, Bass shows up and starts fighting him. Colonel also shows up in the nick of time to help out MegaMan, and distracts Bass while MegaMan blasts at the server.
It's not good enough though, because the strange entity of energy sucks up the data anyway and the monster Bass ran into shows up, who Bass identifies as Nebula Grey. The big laser beams show up again and start sucking up the city, along with all of Lan's friends. Lan is momentarily depressed when his dad picks him up, and tells him he has a plan how to get everyone back.
So basically these lasers aren't killing people, but actually the remains of a program called Spectrum, which is the combination of two programs by Tadashi Hikari (Lan's Grandfather) and Dr. Wily. Essentially, it makes it so people can materialize in the cyberworld, but the project got canceled when Dr. Wily went to work for the Netopian Army.
Anyway, apparently Nebula Grey was hidden in the program, and is trying to suck up the real world into the cyber world. MegaMan wonders if he's strong enough to stop it, and asks Lan if maybe they should give Bass MegaMan's ultimate program to stop it.
Just then, Dr. Regal appears out of nowhere, apparently having survived getting blown the fuck up in Axess. When LaserMan was taken out, his data was sent to the cyberworld, and Regal went with him. Then, Dr. Regal had enough time to find out about Nebula Grey, and grow a pretty wicked goatee. Anyway, he's fused with Nebula Grey and plans to take over the world, but in order to do that, he needs to kidnap Lan's father for some sort of access code with Tadashi Hikari's program. They teleport away, so Lan meets up with Chaud and Raika to form a plan.
Using Chaud's connections with the Netopian army, Chaud learns the location of base where Dr. Wily's program is stored, and presumably where Dr. Regal has taken Lan's father. Raika, Chaud, and Lan all Cross-Fuse with a SciLab dimensional area around the island and attack. They're surrounded by laser shooting mechs, which Raika and Chaud hold off, while Lan looks for his father.

Then Regal activates Spectrum, using the codes found in Dr. Hikari's fucking iris, and this somehow causes a temporal rift in time, which sends Baryl (Colonel's operator) to the future, and he rescues Lan from certain doom. They find the capsule where spectrum is functioning, and Jack MegaMan and Colonel in to stop it. Colonel holds off security while MegaMan goes to deal with Regal, who is jacked inside the machine.
Nebula Grey is starting to materialize in the real world, but luckily, Bass shows up to help fight him off, apparently pissed that Regal manipulated him somehow.. I guess? MegaMan and Bass are strong, but not enough to stop Regal, who starts absorbing them in Nebula Grey. MegaMan figures his only hope is to give Bass his Ultimate Program to stop Nebula Grey, even if it means MegaMan's deletion.
Bass is all too happy to oblige MegaMan's request and begins absorbing his ultimate program.. but wait a second, it looks like MegaMan is actually taking over Bass's ultimate program! MegaMan fuses with Bass into a Bass DoubleSoul, and then uses his new power to destroy Nebula Grey, and Dr. Regal once and for all.
The process of the Earth turning into the cyberworld stops, and the world is saved. But uh-oh! Regal was a load-bearing villain, and the whole island is blowing up! Also, MegaMan is too weak to escape and Lan can't jack him out. Bass breaks the DoubleSoul Cross-Fusion, and MegaMan is able to jack out while Bass is absorbed in the blast and presumed dead (he's not). Baryl returns to the past, and Lan and his team are picked up by the Net Police as the credits roll. 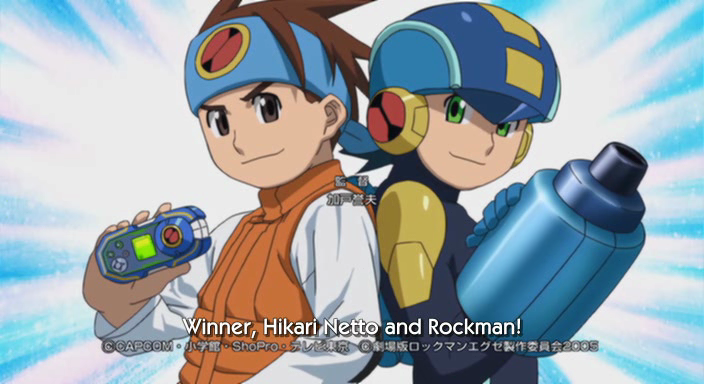 Critique
If you understood any of that, please explain it to me, because this whole fucking story is beyond comprehension, and is so convoluted and confusing, I can't really say if it's good or bad. This story makes no fucking sense, and I'm speaking as someone who actually is up on the Mega Man canon. Imagine if you were someone that didn't know Mega Man too well, this would be complete drivel to you! Stream isn't necessary to watch before seeing this movie, because it won't make it any less confusing. The plot is just a broken mess.
That aside, the animation, artwork, and music are all top notch. This is what you would expect from a bigger budget movie, and MegaMan has never looked better in this high quality. We also got to see a lot more of Bass in a role much less retarded than his previous ones, which is always a plus, and he actually fought MegaMan this time. This is definitely an eye candy event.
I did like that they cleverly threw away Lan's friends for most of the movie to keep the plot more action focused, because if you had any time to think about the plot, you wouldn't be looking at all the pretty animation. There's a lot of clever effects here, and I especially like the mosaic ending effect.
It's been a while since I've watched a subtitled episode of Rockman.exe, but there's quite a noticeable change of tone between the two shows. MegaMan and Lan both sound much younger, which I think works to their advantage some what, and the musical choices are completely different. The cross-fusion music in particular, which became sort of the theme of the Japanese show feels off when it's used, but it is catchy.
For as stupid as the plot is, I'm glad I watched the movie at the end of it. It looks nice, and as a Mega Man fan, I enjoyed it. I can't say I'd recommend this to anyone besides Mega Man fans, as I was lost enough knowing what was going on. I'd probably hate this movie any other way, but you can't deny the animation is good. I think Star Force carries on this level of quality with its animation in a lot of episodes though, with less of the retarded plot nonsense. As a Mega Man fan, I rate the movie a thumbs up.

Megaman The Program Of Dark And Light Purple

: Thumbs up!
And that's it for the Mega Man cartoons. I'd love to do Stream, Beast, and Beast + some day, but I won't touch them until an English subtitled release comes out. Beast is almost done, but that group updates slower than the continental drift, and Stream has been on indefinite hold by so many groups so many times. Right now there is a group working on subtitling the original audio for Axess, and they plan to do Stream and the others, but they just started and I wouldn't count on seeing that done to completion anytime soon, even within five years. Face it, fan projects suck with time tables, and there is surprizingly a lot of drama amongst self important subbers, so with that little egotistical trait they all seem to share, I wouldn't count on ever seeing me review any of the next few series. All well, at least I mostly enjoyed what time I had with Lan and MegaMan.

Megaman The Program Of Dark And Light Gray 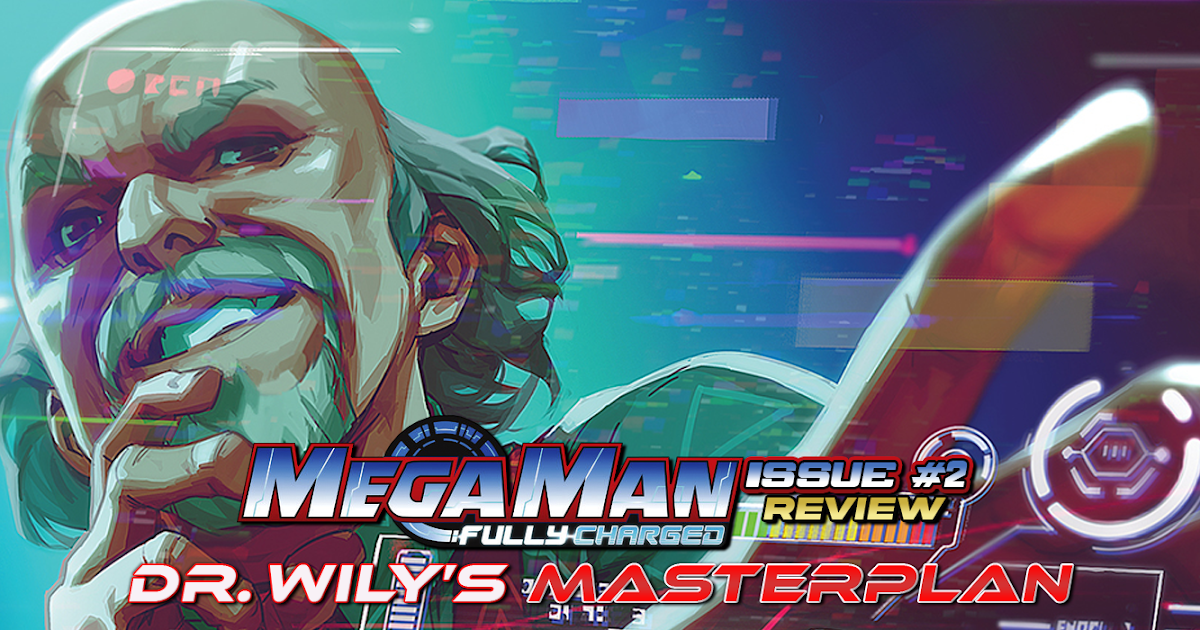 Megaman The Program Of Dark And Light