“It takes a big man to admit his mistakes, and I am that big man. – Michael Scott” — Michael Mitchell

Last time we talked about Demon Hunters, discussed Vengeance Artifact traits and ended with the recommendation that you not level in Vengeance spec. I’m willing to admit that advice may have been wrong. In the time since I last played Vengeance while leveling, it appears to have received a bit of a buff to its damage output. Previously, you sacrificed significant damage output for survivability. But now, it seems, Vengeance leveling may be more viable.

Summon Inner Demon: provide a huge Magic Armour boost and decent Intelligence bonus. Corpse Explosion: More AoE skill for the archer, explode a corpse dealing strong area damage to nearby targets. It's ideal to use after you have gathered and finished off atleast a target, quickly closing the kill on injured enemies near the corpse with just a. Leather wearer, adding Demon Hunters would create a big imbalance in the armor specialities in the class list. How the class would be introduced to races other than Night Elves and Blood Elves, and would it be tied to an Illidan return where he trains new Demon Hunters? That sounds like a waste of a character redemption to me.

Today, we’re going to take a look at the pros and cons of leveling as Vengeance versus Havoc.

This is going to be the biggest difference by far, but as I said, that surprise won’t come from the survivability portion. If you’re soling as Vengeance, it’s hard for things to kill you. I went out and did a little experimenting and found that the only time I wasn’t able to keep myself alive was when an enemy used Curse of Doom to remove a significant portion of my health at once. It’s worth pointing out, most of this testing was done between levels 100 and 102. On my Priest, there seemed to be a significant increase in mob health/damage around level 104.

As far as the speed at which I killed enemies, that’s the part that surprised me. In a totally scientific and definitive analysis, I did several pulls of between 4 and 6 satyrs out in Val’sharah both as Vengeance and as Havoc. Between Immolation Aura, Sigil of Flame, and Soul Cleave, I was able to take down all the enemies fairly quickly and ended with full health most of the time. As Havoc, the enemies seemed to take longer to kill — that is, until I remembered to use Fury of the Illidari.

The combination of Fury of the Illidari and Eye Beam meant that groups of normal mobs fell over with ease, often dying before both abilities had ended. Again, this will likely change a bit at higher levels, but when all your cooldowns are up, Havoc is going to tear through groups of enemies faster than Vengeance can. However, the downside is that burst damage won’t help as much against rare mobs with more health and higher damage output. This I found to vary — in some cases I could kill enemies just fine as Havoc, in others I couldn’t — but overall it seemed like a safer bet to kill these as Vengeance.

Verdict: Vengeance is going to keep you alive through everything except burst damage, while sustained damage should be completely survivable. You’re not going to have the same burst as Havoc’s Fury of the Illidari plus Eye Beam combo, but your AOE will still be strong enough to take on just as many mobs.

This one isn’t as big of an issue and will completely depend on how you play out in the world. As we’ve gone over before, Demon Hunter mobility is pretty insane. That’s still true of Vengeance, but not as true as it is of Havoc.

With Havoc, you’re able to Fel Rush up the sides of cliffs/hills that Vengeance sometimes can’t because of limitations on Infernal Strike. Not only that, but Vengeful Retreat adds a very strong mobility cooldown that works amazingly well with Fel Rush and Double Jump — provided you actually know how to use it (coughLiz cough).

This one is harder to quantify, but it’s worth discussing. When you level as a particular spec, you tend to get a good feel for that spec’s rotation and talent synergy. This is especially true for Demon Hunters, who earn talents all the way through level 110. Blizzard has even said that part of the reasoning behind giving early access Demon Hunters only two tiers of talents and gating the rest behind leveling was because developers wanted players to get a feel for the basic rotation before complicating it with talents.

If you’re working toward something like the Momentum build for Havoc, it will absolutely help to get an idea of how your rotation evolves as a result of talents earned over the course of leveling. Vengeance, in my experience, has less of an issue with this but that’s because tanking is also a different game.

It’s not necessary to tank dungeons while leveling, but it certainly helps, since your rotation doesn’t change so much as the way you play does. Knowing when to use cooldowns, how to pull the right amount of mobs, when CC is necessary, and all other manner of tank-y things isn’t something you can really get a feel for while solo leveling. It’s not entirely the same, but if you’re nervous to PUG while leveling, you can always try pulling stronger rare mobs to practice using your cooldowns at the right time. If you really want to make it fun, pull them with some extra adds — it’ll give you a good feel for what your limits are while soloing and help prepare you for Halls of Valor pulls that inevitably end up grabbing the whole room.

Verdict: If Vengeance tanking is your end goal, solo leveling alone won’t always give you the best idea for how to play. It’s still solid, but I’d throw in some dungeons.

If you’re leveling as Havoc, well, you probably don’t care about what it’s like to level as Vengeance — but maybe you should. Free modern warfare pc codes. Not only is the damage output comparable to what Havoc can do, it’s also an invaluable tool if you ever find yourself up against more than you bargained for. Even if you don’t play Havoc flawlessly, the basic rotation of Shear, Soul Cleave, and Immolation Aura should be enough to keep you alive through most enemies.

And if you were planning on tanking as Vengeance at max-level, then I say go for it. Vengeance soloing offers a solid experience and leads to fewer moments of panic thanks to defensives and the ability to draw in Soul Fragments. You do lose out on mobility and AOE burst, but not enough to significantly slow down your leveling experience.

Ultimately, it’s your call. There are ups and downs to leveling as both specs and it really depends on what you want to get out of your experience as a Demon Hunter. If you were on the fence about it before, though, hopefully this has assuaged any fears about Vengeance’s leveling viability.

Blizzard Watch is made possible by people like you.
Please consider supporting our Patreon!

World of Warcraft: Shadowlands pre-expansion Update 9.0.1 brings with it a bevy of various class changes, and the Demon Hunter was no exception. Many classes will find some of their more popular abilities that were removed many expansions ago returned, and their skill acquisition adjusted due to the massive level squish introduced in this same update. 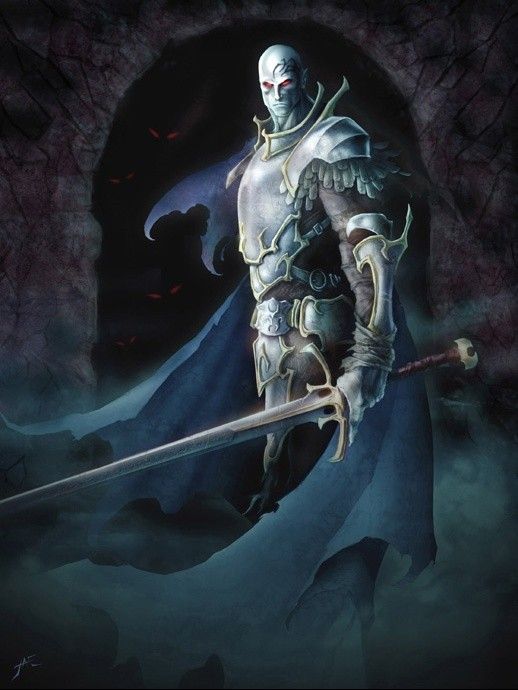