Growing potatoes is a pretty straightforward process. They don’t even have to be labor intensive, and can be grown in pots for those utilizing small spaces. I’ve even had volunteer potatoes grow from odds and ends that ended up in my compost. I was able to harvest those volunteers and eat some decent sized tubers. You can even plant potatoes from your pantry, but make sure to use organic ones, because conventional ones have been treated with chemicals to prevent sprouting. 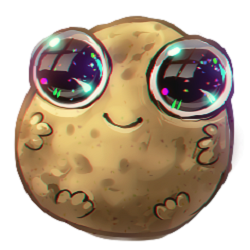 Last summer I saved some fun potato varieties from our CSA. I forget what their names are, but there are golden, blue, and purple potatoes. I was very excited to officially plant potatoes this year and grow some of these fun colors. Apparently my potatoes were excited to grow too, because they sprouted like crazy despite being in a cool dark cupboard all summer. 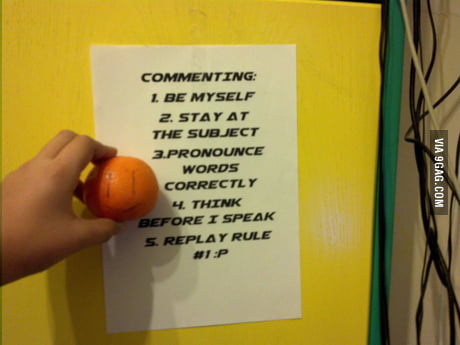 I figured I should double check when to plant potatoes in my zone (USA 8b), so I found a page on planting potatoes on Gardenate. Once I got there I was surprised that the planting window in my area is January and February. I didn’t realize that I could have been planting since January. I’ll have to remember that for next year.

My first step was to pull out all the potatoes I had found out of the various kitchen cupboards I had stashed them in. Wow! I have a lot of shelf space now! If my potatoes had not already started sprouting I would have left them in the light until the shoots started growing. Next I cut the potatoes so that there was at least one eye on each segment. I took all these potato pieces out to the garden and realized I probably saved too many potatoes for the garden space I had available. Whoops.

Next I dug trenches in my garden about foot wide and four inches deep, and placed the potat0 pieces in about 8 inches apart. (Well, I think it was more like 6 inches, because I didn’t bother to measure. Maybe this is why I fail at gardening).

Yes, that’s a piece of baling twine in my garden. No I didn’t dig it out. Yes, I should have. Sometimes I can be really lazy, like not measuring, and leaving wet, muddy, baling twine laying around.

After I put the potato pieces in the trenches I went back and covered the pieces. As the shoots pop up I will continue to cover them little by little to encourage lots of root growth for about a month, then leave them to develop leaves. As they develop tubers, cover the potatoes up with dirt or mulch because sun will turn them green and then they are poisonous. After I planted all my available garden space I still had a lot of pieces left, so I planted some potatoes in buckets. 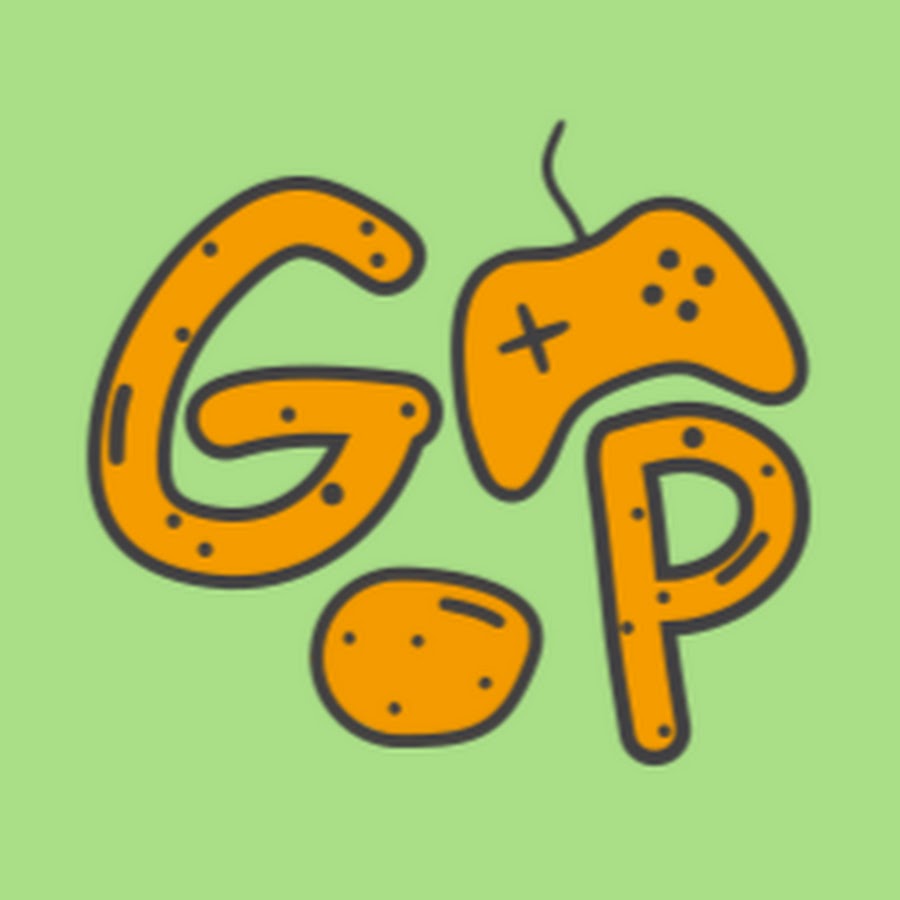 To plant potatoes in containers put 4-8 inches of soil, mulch, or straw in the bottom of the pot, place the pieces in, and cover up with another 4-8 inches. Keep covering the sprouts as they grow, just as you would the plants in the garden. If you are using straw to cover your potatoes make sure to mix some compost or soil in with it to keep the potatoes happy. Apparently straw alone isn’t acidic enough for good tuber formation.

And as always, plants grow better without chickens digging them up all the time. The very next day after I planted all my potatoes I had two chickens hop the fence and work very diligently to dig them all up. Hopefully not all the shoots broke off and I will still have some potatoes this year. Time will tell, I guess. As soon as tubers form you can start harvesting (just dig some up!), but the longer you wait the bigger the potatoes will be. We like new potatoes as well as larger potatoes. We just pretty much like potatoes all around, especially in soup

How to Plant Potatoes

Want To Grow Fruit In The City?

You can save money at the grocery store without a time intensive garden or committing to raising livestock. Sign up for the Backyard Orchards email course today!

Among many edible crops that emerged at the dawn of modern human civilization and managed to spread across entire world, few managed to distinguish themselves by their ruggedness, storage quality and its nutritional value. Potato, indigenous flowering plants of the South America and the Andes mountains (modern-day southern Peru and northwestern Bolivia) managed to prove its usefulness to our ancestors, who cultivated it, nurtured it, and ensured its survival during the last 10,000 years of our history. Ask fm anonymous finder home page. Centuries after they were introduced to Europe and North America, potatoes represent one of the most important parts of world’s cuisine and the fourth-largest food crop in the entire world (following maize, rice and wheat). Today, extensive research and the centuries of selective breeding, we now have access to over thousand different types of potatoes that are grown all around the word.

The story of potato started around 350 million years ago, when they started to evolve from the poisonous ancestor of the plant nightshade (this family of plants eventually evolved not only into potatoes, but also into tobacco, chili peppers, bell peppers and tomatoes). Potato slowly evolved into its current form in the South American Andean highlands between Peru and Bolivia. Human settlers reached that part of our world around 15 thousand years ago, and managed to domesticate wild potato around 8 millennia BC. From that point on, potato slowly started its journey across the continent, but it received great attention in the 1500s when first Spanish conquistadors started exploring beyond the coasts of South America, especially after 1530s when they searched for gold in Peru. Among their numerous discoveries, potato received a very notable attention, and they brought that plant to Europe between the years of 1570 and 1593 (Canary Islands received it in 1562).

European adoption of potato was slow but steady. In the beginning, Spanish government used potato as a reliable and easily transported food for their military and navy who while using them did not succumb to the scurvy. Potato arrived to Britain in 1585, Belgium and Germany in 1587, Austria in 1588, Ireland in 1589 and France in 1600. Sadly, local population of those countries looked at potato as absolutely unneeded, weird, poisonous (only roots of the plant were edible, which was totally unheard off in Europe), and in some cases as downright evil. For many years, potato was accused for causing leprosy, syphilis, early death, sterility, rampant sexuality, scrofula, narcosis and for destroying the soil where it grew. This sentiment receded from the Europe only after large scale efforts of France to find food that would sustain not only their military, but also population that was starved from continuous warfare. Long examination of the potato by the famous French botanist and chemist Antoine-Augustin Parmentier finally paid off when he persuaded King of France Louis XVI (1754–1793) to encourage mass cultivation of this plant my tricking the population. King gave Parmentier funds and land to grow 100 acres of potato, which were carefully guarded by military guards. Such large military and government attention on guarding these potatoes instantly sparked the attention of the people, who after that started adopting potato more and more until it became one of the most popular food sources in the Europe. The wife of the French king Marie Antoinette (1755-1793) also contributed by pining potato flowers in her curls, a move that was quickly emulated by noble ladies all across the Europe.

In early 1800s, potato became a commonplace crop that was used in entire Europe, but such popularity became severely tested between 1845 and 1849 when disease destroyed entire potato production of Ireland. During this “Great Starvation” around one million people died from starvation, and forced large amount of people to emigrate out of Ireland (500 thousand left for North America and Australia).

United States of America was the last major country who adopted potato in their cuisine. For many years they regarded this crop for horses and other animals. Only after the 1872 efforts of famous horticulturist Luther Burbank (1849-1926), American potato industry managed to gain some traction. This was enabled by Burbank’s discovery of disease resistant potato hybrid, and another hybrid that was used in Ireland to help combat blight epidemic.

Gaming Potatoes Give Up

In 20th century, potato became accepted across entire world as one of the most beloved and produced food sources, effectively becoming the most essential crop of Europe. Its high caloric value and wide variety of types enabled it to appear in every cuisine in the world. In 2010 world production of potatoes reached incredible 324 million tons (74.8 million tons in China, 36.6 in India, 21.1 in Ukraine, 18.3 in United States and 10.2 in Germany, etc.).